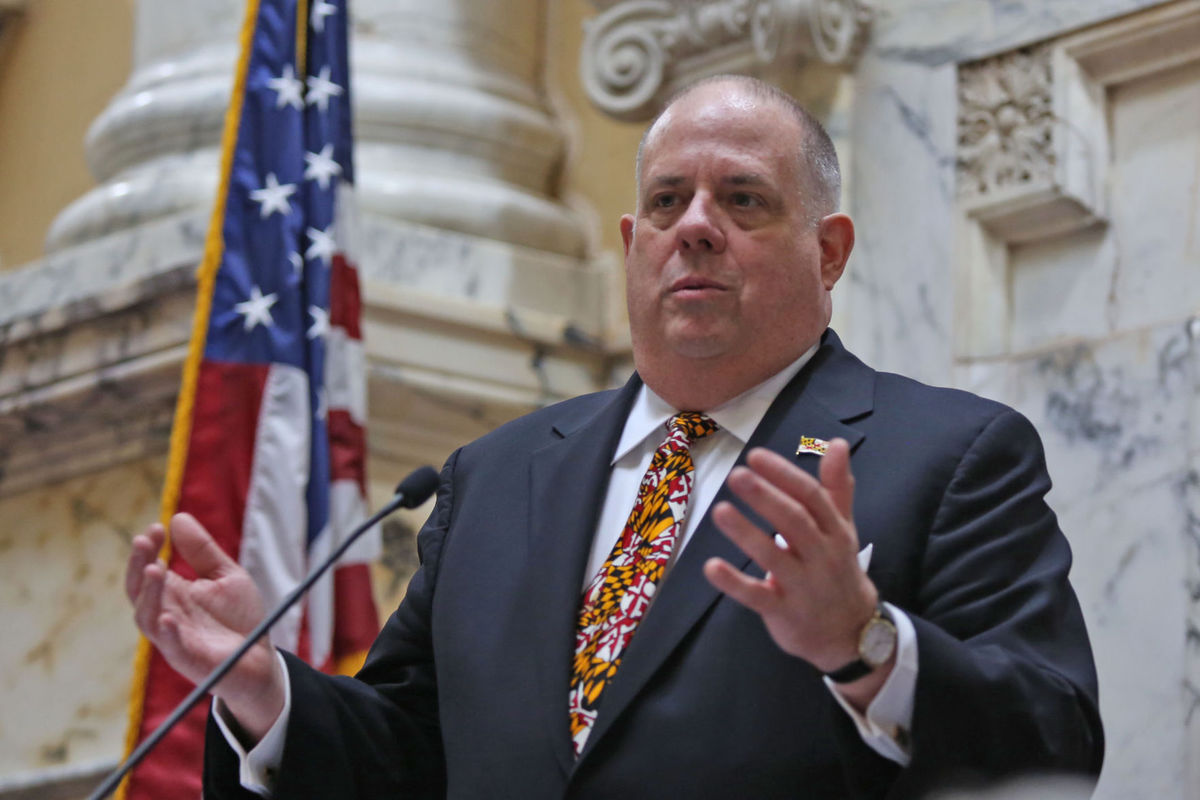 Governor Hogan recently rolled out a video on social media touting his long string of supposed wins and efforts to help the people of Maryland. In this video, Gov. Hogan appears to be spreading some fake news of his own like his Republican comrade Donald Trump. With some simple fact-checking and research the fake news Hogan has been peddling since he was elected is just plain false and incorrect. Here are just a few of the more egregious claims that Hogan made in his self-congratulatory video.

One of the bigger and more salacious claims made by Hogan dates back to his some of his oldest stump speeches and of course finds its way into his recent video for his re-election campaign.

Hogan has previously claimed, “We have 14 Fortune 500 companies headquartered in Maryland, and now we only have three. In seven years, they’ve almost all decided to leave. Only a handful of them are hanging on and they’re probably thinking about leaving.”

The problem with this statement is that it is patently false.

A check of the Fortune 500 and 1000 lists, compiled each year by Fortune magazine based on gross revenue, shows that Hogan is either confused or just not telling the truth. His track record of makes the latter more likely. In 2006, the last time Maryland had a Republican administration; there were only five Maryland companies on the Fortune 500 list. Eight years later, there were four. To arrive at the magical numbers 13 and 14 used by Hogan you would have to use the Fortune 1000 list of companies. How could an entire administration make such a glaring error?

Maryland had 12 companies on the Fortune 1000 in 2006- the same number it had on the list in 2014. Either businessman Larry Hogan cannot tell the difference between a Fortune 500 company and a Fortune 1000 company or he was purposely being misleading.

When presented with the same numbers, Todd Eberly, a political scientist at St. Mary’s College, stated, “there appears to be no way to support Hogan’s statement – even with sleight of hand math.” Eberly went on to critique Hogan saying, “ You can’t go around calling your opponent a liar if you’re playing fast and loose with the truth as well.” When asked about this annoying discrepancy, Hogan does not have much to say as way of explanation.

Hogan also appears to forget in the video to mention the word “recession” – instead taking credit for a recovery that he had no part in. Hogan makes the claims that we lost 8,000 businesses with very little context or explanation. Again, Hogan either wants to mislead the electorate or does not understand the nuances of what occurred over the last decade very well. He would have you believe that 8,000 businesses just picked up and left Maryland to enjoy sunnier times elsewhere, which plays right into his narrative that before him Maryland was an awful place to own a business. Maryland is one of the wealthiest states in the country – nothing could be more untrue. There is money to be made in Maryland.

It would behoove Hogan to remember that during the recession that the US saw over 350,000 fewer businesses, which puts the Maryland number into much better context. During the same time that Hogan would have us believe Maryland alone was going through an incredibly bad bout of luck – Virginia lost 10,579 businesses.

The Maryland Department of Business and Economic Development reported that in 2011 Maryland had begun to recover from the recession that hit all states hard, especially Maryland. When the federal government gets the flu, Maryland definitely catches a cold. Maryland gained 1,772 businesses between 2007 and 2012. Hogan would have you believe that all the credit is his, but this recovery and growth began long before he was on the scene. Hogan’s narrative does not do nuance well, which obviously better situates him as the hero of the recovery of businesses and jobs in Maryland in his own mind.

Given that we were in the midst of what former Chairman of the Federal Reserve, Alan Greenspan, called “a once-in-a-century credit tsunami” – it is saddening to see Hogan try to take credit for a tragic situation that hurt so many people. A Census Bureau report on Maryland businesses shows a net gain of 1,854 jobs in 2012, and 1,400 the year before in 2011.

Later in the video, Hogan touts all of the investment he has made in Maryland transportation with road expansions and repairs. While repaving roads and adding lanes may be nice, what Maryland desperately needs to be competitive with neighboring states is a state of the art mass transit system that works. Hogan only seems interested in paving roads and adding congestion to already clogged roads. Many transit advocates have shown their disappointment with Hogan’s cancellation of the Redline and other high priority transportation projects in Baltimore and around the state.

In late November, the Central Baltimore Transportation Alliance (CMTA) released its transportation report card and the final grade was an abysmal D. Hogan’s tenure has received two Ds. The report card is based upon three goals (access, connection, and environment). Executive Director Brian O’Malley in his remarks regarding the report stated, “Did your kid ever come home with a D on their report card? What did you do? It’s just not a good grade.” Therefore, while Hogan touts a transportation plan that is focused almost exclusively on building roads many states around the country have transportation plans that are building mass transit options that can truly move people around busy metropolitan areas with good paying jobs. Hogan talks about repaving roads, but has done nothing to ensure we have a transportation system of the future that will attract jobs and new residents to our state.

Hogan spends his time in this video touting successes that are not his to claim, while Marylanders of all stripse are waiting on results that have failed to appear in during his nearly four year tenure as governor.