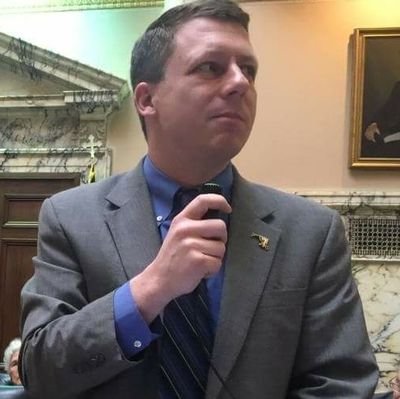 In November, millions of voters across America will go to the polls to exercise that most fundamental of rights in our democracy, the right to vote. They will pick candidates for everything from United States Senate to clerk of their local courts. The opportunity to do this, as we are all taught in school, is the birthright of every American citizen. It was fought for by the founding fathers and by generations of Americans who sought to expand the franchise. It is a right guaranteed to every American.

Because for all the high-minded talk of how voting is such a fundamental right, in Maryland and most states today, you can only exercise that right if you complete the right form and send it into the Board of Elections in advance of the election. These are, of course, voter registration forms, without which a person can’t be added to the voter rolls.

Election after election, thousands of voters who would otherwise be eligible are turned away from polling places, robbed of their ability to exercise their right because of such forms. And the irony is these aren’t even forms that prove that a person has completed some important training, such as the drivers education required for drivers licenses or the handgun qualification training required for a handgun license. These are literally just forms that add a person’s name to a list of voters maintained by the Board of Elections.

To deny someone their rights simply because of an arbitrary paperwork requirement is wrong. And there is a better way. Eleven states have now implemented a process called automatic voter registration. It’s really a simple idea – rather than asking people if they want to register to vote at the MVA or another government agency, you shift the premise of the question. The presumption becomes that people will register to vote, although they retain the ability to opt out. And the results of this simple shift are astounding.

Oregon was the first state to implement such a system, passing their law in 2015. Between its passage and the 2016 elections, more than a quarter million Oregonians registered to vote through the system, almost 100,000 of whom were new voters. More than 40% of these newly registered voters actually voted. And the law made the state’s electorate more representative of the population, helping to register more voters from traditionally underrepresented groups such as young people, people of color, rural residents, and people with less formal education. It was, by any standard, a tremendous success.

As a result, state after state has begun implementing automatic voter registration, nearly always on a bipartisan basis. And Maryland could be next.

This year, Senator Will Smith, Delegate Frank Turner, and I are introducing legislation called the Secure and Accessible Registration Act (SARA). We are hopeful that we can secure bipartisan support for this simple but effective reform. And we believe that, in combination with the implementation of election day registration being proposed by Delegate Kirill Reznik and Senator Paul Pinsky, SARA will make ensure that more Marylanders will be able to exercise their most basic right.

You Be the Judge: How Hogan Stacks Maryland’s Courts in His Favor