When talking about school infrastructure, the reality of the implications of not funding our school hit home over the past few weeks in Baltimore City Public Schools. Thousands of teachers, students, and parents were left scratching their heads as schools were closed day after day because classrooms were uninhabitable due to frigid temperatures. It is 2018 and this should not be an issue for children trying to learn. 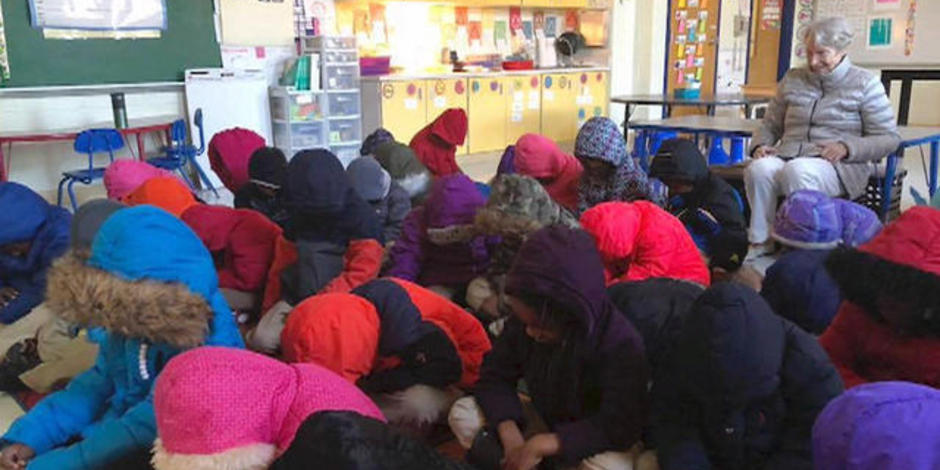 This is not a new condition for many public schools – but it should be such a stark embarrassment to Governor Hogan and his administration that they fully fund state schools and ensure construction money indeed leads to better facilities for our students around the state. Maryland is the richest state in the country. It certainly did not feel that way this week in Baltimore. Hogan is poised to release his budget with $88.9 million in cuts to our schools.

While Governor Hogan spent the week trying desperately to avoid responsibility, Baltimore City residents, educators, and students tried to raise funds to heat their school with space heaters. The effort to raise funds for space heaters has neared $80,000 by late last week. If the richest state in the nation cannot adequately fund our schools it begs the question – what are we doing? Perhaps Hogan and Franchot will eventually find the same fervor they have for air conditioning in Baltimore County for heat and infrastructure in Baltimore City.

Baltimore City Public School teacher Aaron Maybin put it best when he described the situation in too many Baltimore schools. Maybin said, “This. Is. Unacceptable.” With many classroom thermometers with temperatures in the 40s, students described having on multiple shirts, hoodies, and jackets.

Governor Hogan eventually released $2.5 million in emergency funding but Lt. Gov. Boyd Rutherford, who stated that the administration has done their part and that concerned citizens should look elsewhere, joined him. A bipartisan group of lawmakers has since called on the Governor to double the amount of emergency funds released.

This is not the leadership we need in Maryland, especially with such uncertainty already coming from the White House. It is unfortunate when state leadership fails to leads and consistently does the bare minimum to escape blame. If the measure of Hogan as a leader is consistently offering too little help too late for Baltimore and its residents, particularly its students in this case, what is next? What we need is a leader who is about more than minor band-aids to avoid blame. We need revolutionary thinking when it comes to schools and making sure our children have the best opportunity to succeed and win. The Hogan Administration let their opinion of Baltimore City students know this week.   While Hogan has a heated sidewalk at Government House, children in Baltimore are freezing while they try to learn in schools with crumbling infrastructure.

Baltimore is more frequently appearing in the national news for less than stellar reasons.   Hogan said he was outraged but evidently not outraged enough to do more to ensure children were in an environment where they could learn and thrive. If he truly valued a great education for all, this would not be the case. You can add this to the file of instances that show Hogan does not consider Baltimore a priority and our citizens and students are suffering from neglect from the Chief Executive of Maryland. Hogan has repeatedly shown Marylanders and Baltimoreans that his priorities do not line up.   While he talks a good game, the students of Baltimore have seen over the past few weeks that the results are often never seen. If anyone deserves better, it has to be our young minds waiting to be molded into leaders of the future.

[CHART] On the Issues: Governor Hogan vs. Ben Jealous