Governor Larry Hogan has shown recently that he is not serious about education in Maryland.  His lack of engagement concerning school facilities and programs, equity for our institutions of higher education, and school construction have left much to be expected.  Maryland residents have come accustomed to having excellent schools, some of the best in the nation.  We are quickly losing footing, and that has happened under the Hogan Administration. 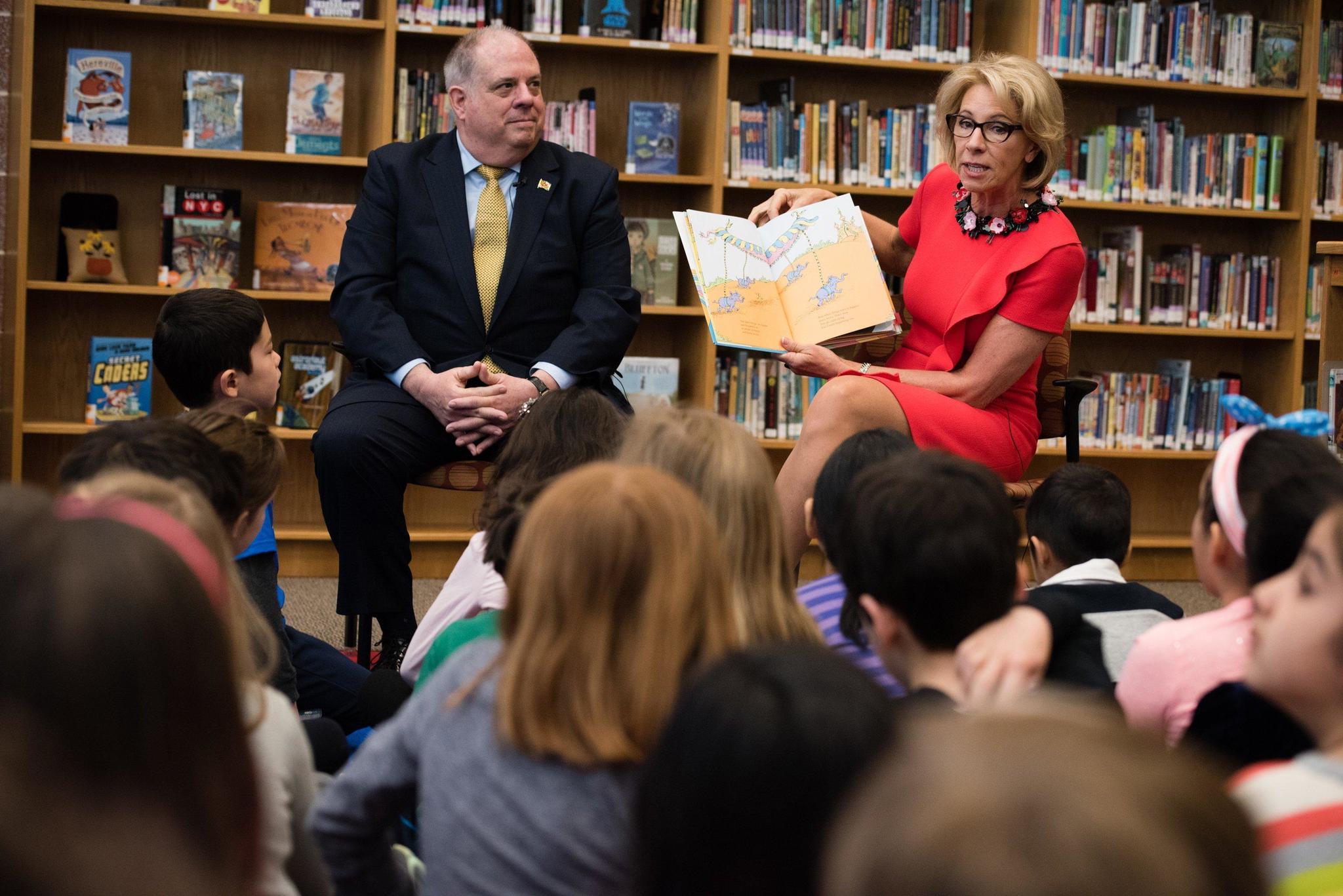 Hogan is spending an increasing amount of his time finding ways to spend education dollars on anything and everything other than educating children.  Hogan has been promoting his proposal creating a new investigator general to supposedly root out waste, fraud, and abuse.  This new office would have much of the same oversight powers as the state education department and its superintendent already have.  If a conversation on waste, fraud, and abuse is to be had someone should tell Larry Hogan redundancy in state government is not going to help children around the state learn how to read or do basic arithmetic.  The dollars to fund this new initiative could be used to build new school, pay our teachers, or buy better textbooks.

This has all occurred while the Hogan Administration through cabinet member Secretary Pete Rahn, has advocated for a “blank check” to lure Amazon to Maryland.  Many around the state believe public services, particularly our school would benefit from the same offer of increasing spending and support.  At the end of the day, the likes of Marriott and Northrop Grumman don’t need corporate welfare but the citizens of Maryland deserve top-notch public services and schools.  Maryland spends about $6 billion of its $43 billion state budget on K-12 education.  For a state that has recently dropped in its rating of public schools, the question must be asked – has Hogan really invested enough in education?  The experts would tell you not even close.

Hogan recently announced to much self-congratulatory fanfare that he was willing to spend as much as $100 million to settle a lawsuit between the state and historically black colleges in Maryland.  To some, this seemed like a great deal of money that would bring some amount of closure and equity to the issue of inequality in our higher education system.  When you take a closer look at the Hogan deal, it is clear that he is either not serious about the reason for the suit or has very little interest in the fact that these schools have been victim to segregationist tactics by the state.  $100 million over ten years for the four school coalition amounts to pennies on the dollar when compared to the amount of money spent at predominantly white institutions.  While the number offered by Hogan is offensive in its lack of comprehensiveness, it also highlights the Governor’s belief that our lack of equality in our educational system can be fixed with the stroke of a pen and a few dollars.

Michael Jones, attorney for the HBCU’s said that Hogan’s offer has opened the lines of communication, “but it is not the end of the journey.”  The random number of $100 million does nothing to address Hogan’s continued lack of leadership when it comes to making sure students around the state get the very best we can offer, regardless of race, creed,  or zip code.  While issues of race are definitely not limited to HBCUs, the cold schools in Baltimore City this winter, blazing hot schools in Baltimore County in the summer, and lack of equality in higher education around the state on Governor Hogan’s watch has only further highlighted his lack of leadership.  Students around the state of all ages need leadership from a governor in Annapolis that doesn’t fight with educators and advocates about full funding for our schools.

The Myth of Liberal Bias

After Las Vegas: Maryland’s Gun Laws In The Era Of A Republican Governor