While Governor Larry Hogan would have you believe he is a staunch advocate for every man, such a myth couldn’t be anything further from the truth.  As his national Republican Party leader, Donald Trump, wreaks havoc on states such as Maryland – Hogan has stood idly by trying to act as though he doesn’t exist.  When did this kind of behavior become mistaken for leadership?  Maryland deserves better. 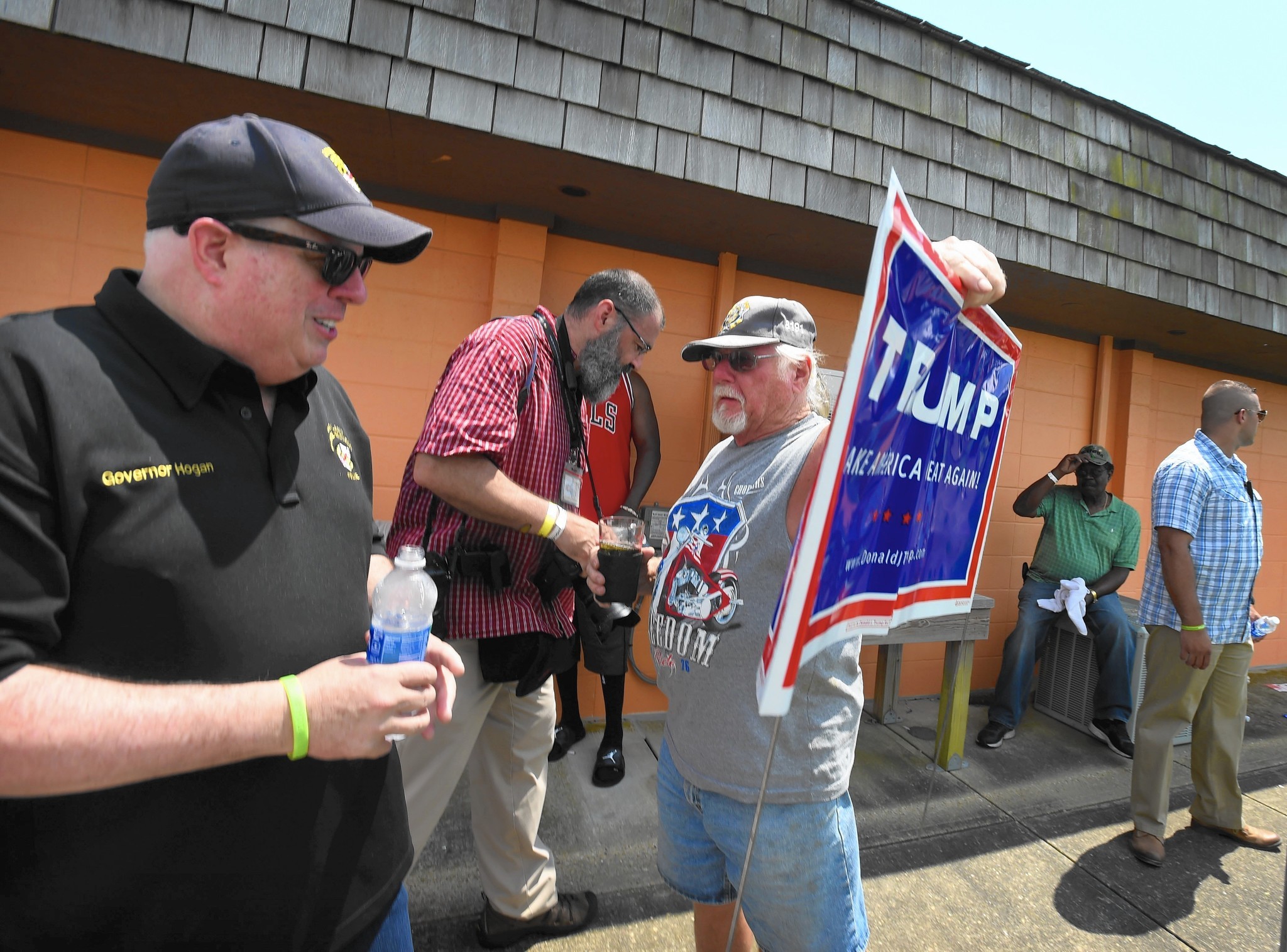 Just last week in his State of the State Address, one name was not brought up in his address, Republican colleague, President Donald Trump.  While General Assembly Democrats work feverishly to devise a plan to fight back against Donald Trump and the Republican Tax Cut that hurts Marylanders the most, Hogan has tried his best to just ignore his fellow Republican and wish for the best.  Hogan’s lack of urgency and response to his Republican brethren smacks of a politician seeking to get re-elected, and not a leader working for his constituents threatened by recent legislation.

While Hogan and Trump both love to portray themselves as open to business, apparently this moniker is only available to big business.  Trump’s slogan of “American is Open for Business” is very similar to Hogan’s favorite slogan, “We’re Open for Business”, which is plastered on signs all around the state.  This is ironic since Hogan is struggling to keep the business he already has.

As Donald Trump slashes taxes on corporations making record profits, while take home pay has remained stagnate, Larry Hogan has also done his part to make sure that Maryland is working hard on behalf of certain big businesses.  Hogan has consistently interfered with the regulatory practice that ensures the safety of one of our greatest assets, the Chesapeake Bay.  Because of the ease on regulations on chicken companies the lack of oversight makes it much easier for companies to dump their manure waste in the Chesapeake Bay.  Is this the business freedom Hogan would like to see spread across Maryland?  If so, watch out Maryland!

To hear Larry Hogan tell it, one would think that Maryland was a horrible place to do business before he upset Lt. Governor Anthony Brown nearly four years ago.  But in November of 2015 Forbes Magazine ranked Maryland 20th on its list of “best states for business and careers.”  This is hardly the abysmal ranking that Hogan would make you believe brought about his ascendency.  Maryland has always been a great state to start a business.  Hogan appears to be more interested in suggesting to residents and those outside of Maryland that a seismic shift has occurred when nothing could be further from the truth.  Perhaps if Hogan was such a strong believer in good business, he would have worked harder to make sure workers across the state had access to sick leave like other states around the country instead of trying to keep the benefit from workers and their families.

In the same vein that Trump has managed to ostracize workers at Carrier, Hogan also seems to miss that one of the biggest corporate boondoggles in Maryland happened on his watch with the departure of Discovery in Montgomery County.  If we are open for business, why couldn’t Hogan manage to keep this juggernaut in Maryland?  The departure of Discovery Communications for New York is a blow to Montgomery County and Maryland that will be felt for a generation.  After 14 years, Discovery decides to leave towards the end of Hogan’s tenure?  Some have argued that all of the bluster with which Hogan was attempting to attract Amazon would have been better spent trying to keep a business Maryland already had at home.

In the end, both Hogan and Trump have made big promises concerning business but their math just doesn’t seem to add up.  Can the residents of Maryland continue to bet on a governor that doesn’t deliver, especially with the uncertainty constantly rearing its head in DC with his Republican Party leader, Donald Trump?  We don’t want to find out.

More must be done to protect Maryland’s environment

Hogan Tardy to the Party