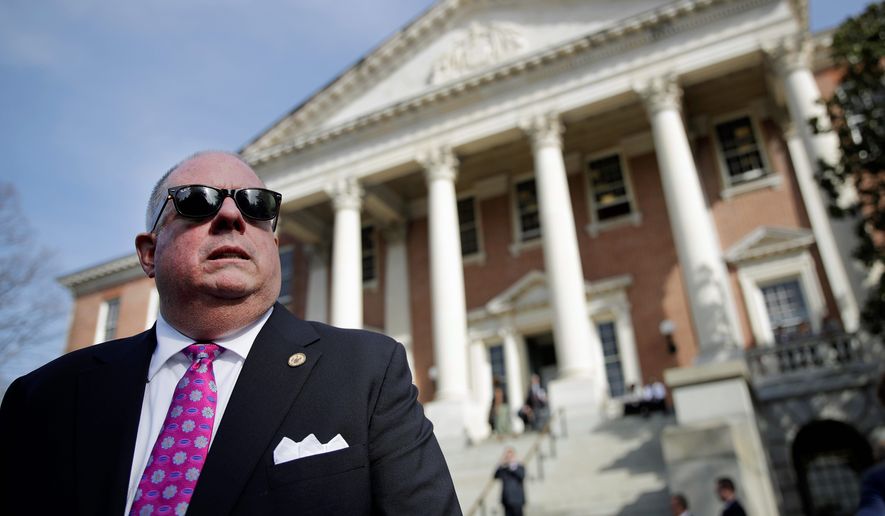 Those heavily invested in the criminal justice debate around the country are clear on one thing – mandatory minimums do not work.  The evidence and the stories seem to paint a picture that clearly articulates the evils of mass incarceration.  Maybe someone forgot to loop in Governor Larry Hogan?  Experts around the country have lamented that mandatory minimums do not work and are also often arbitrarily applied with discriminatory undertones and outcomes.  Brown and black people are abnormally tormented by harsh sentences handed down due to mandatory minimums.   In a play to the worst of the 90’s, Hogan is pushing full steam ahead towards reinstituting this arcane practice in Maryland.  Instead of investing more resources in job training, creating more jobs, and the pursuance of technologies that can change lives – Hogan wants more jails.

For a country and state with such complex criminal justice problems, Hogan is strongly advocating that Maryland go back in time and become a police state.  Evidence from around the country shows that mandatory minimums do not work, while also decreasing access to treatment and other services that have shown to curb crime.  Jurisdictions around the country have experienced spikes in crime, much like Baltimore City here in Maryland.  Hogan has repeatedly said that he has plans to help Baltimore.  If this is the plan for Baltimore and all of Maryland, many have already said they are not interested.

Solving or improving the crime issues in Baltimore and Maryland is far more complex than simply putting more people in jail.  Jails are not the answer.  During the early 1990s, particularly in jurisdictions like Baltimore City, longer and increased jail sentences only masked a larger problem that festered for many years without any direct attention.  It disenfranchised whole communities, destroyed families, and left the city in worse shape than before the minimums were introduced.  We can afford to go backward.  We must move forward.

The Justice Reinvestment Act of 2016 was measured against real data and created based on evidence-based reforms that had seen success around the country.  Hogan signed the legislation and now can’t wait to turn away from it.  Hogan is now heading in the opposite direction – towards the big business of jails and incarceration.   The irony cannot be lost on the General Assembly that wrestled with criminal justice reforms and the Larry Hogan that signed them into law.  Now Hogan is a believer in longer sentences and harsher restrictions?  It seems as though Hogan can’t make up his mind.

But instead of engaging in debate with differing views, Hogan, as usual, is planning on sticking to his guns.  Instead of exploring new funding and training options for officers sorely needed on the streets of crime-riddled Baltimore, Hogan seems wed to just putting more and more people in jail.  The Department of Justice’s National Institute of Justice has found that the certainty of being caught and the swiftness of the response, not the length of the sentence is what deters future crimes.

The lack of seriousness that Hogan and his administration have shown on this issue is appalling.  In some respects, it very much resembles Hogan’s involvement with paid sick leave.  Mandatory minimums and sick leave are serious problems that require people to dig in and do serious work.  Once again, Hogan is shrinking away from the debate and searching eagerly for the easiest out.  Leadership requires more and so do the citizens of Maryland.  Activists and members of the Maryland General Assembly appear ready to invest in the tough debate necessary to find equitable solutions.   Through his spokesman, Doug Mayer, Hogan is either unwilling or uninterested.  Mayer stated, “I ultimately predict that what we’re putting forward on the criminal justice issues will pass in one form or another. “ It’s of no comfort to Marylanders to see Governor Hogan and his office’s lack of dedication to the hard work of leadership, time and time again.