Maryland officials have actively taken steps to secure laws that promote and protect a healthy environment within the state. However, recent projects and proposals are abandoning the state’s environmental safety and progress.

One such example is the Lake Linganore Oakdale project in Frederick County, which demonstrates the lack of security Maryland laws provide for the state’s environment. 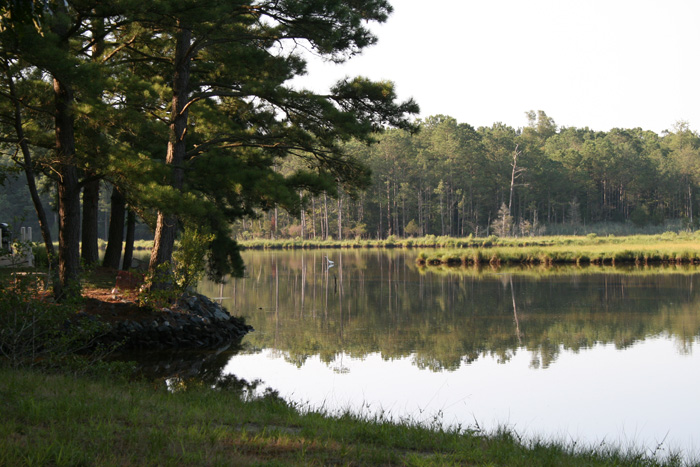 e Lake Linganore Oakdale project, which includes shops and townhomes. The original idea for the development occurred in the 1960s, but the project did not become reality until recently. Hemlocks, oaks, and tulip poplars are being replaced by the development. These losses will affect more than the forest, but the watershed that provides the city’s drinking water.

Frederick County is not the only area affected by forest lost. Over 14,450 forested-filled acres have been destroyed for development in Maryland within the past eight years. Prior to the recession, about 7,000 acres of tree canopy disappeared annually. Now that the economy has improved, Maryland environmentalists are working towards stronger and stricter laws to prevent similar tree canopy and forest loss.

The state has seen some progress in recent years even with projects like the Lake Linganore Oakland project. Although research shows that Maryland is quickly losing many of its dense forests, officials have stated that the state’s tree canopy has seen a small growth. It’s imperative for the state’s environmental health to increase this growth and ensure progress with proper policies.

The Maryland Forest Conservation Act is an example of an environmental policy that contains loopholes. The act requires builders who cut down trees to have a responsibility to replace a portion of the tree loss. Builders can opt out of replanting and pay a fee that goes towards the funding of tree planting. However, builders can avoid paying the fee and replacing trees even if they cause notable destruction. To avoid any responsibility, builders simply must leave a certain number of trees untouched. The amount depends on the development and area in which the development is being built, but not necessarily the amount of destruction caused.

Maryland’s forests used to cover and shield the state. Aside from providing oxygen, shade, and homes to nearly half of all known species, forests remain vital filters for pollution. Trees purify the state’s water and absorb air pollutants, such as carbon monoxide. Likewise, trees can remove oil and bacteria from water as well as prevent waterways from overflowing. This makes Maryland’s deforestation directly relate to the state’s waterways, such as the Chesapeake Bay.

The Chesapeake Bay’s future is facing additional challenges with Trump’s proposed budget. The budget demonstrates Trump’s lack of concern for environmental safety and protection as it cut funding for bay states by 90 percent. Currently, $73 million is allocated for Bay states to assist in protecting the Bay’s waterways. This funding has helped cut water pollution and lead for clearer waters. Furthermore, a notable amount of vegetation that is vital to the bay’s marine life has been recovered. Trump attempted to slash the funding last year but was denied by Congress. For a cleaner Chesapeake Bay, it’s vital that Congress denies Trump’s attempt to disregard the bay once again.

Trump’s proposed budget demonstrates how it’s not only state officials who have the power to change Maryland’s progress regarding the state’s environment. It’s essential for both the federal and state government leaders to make the Bay and our environment as a whole a priority.